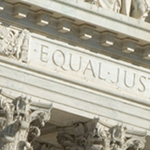 ruled that the 1964 Civil Rights Act protects gay workers from job discrimination. This is a landmark ruling because historically the courts have said that LGBTQ people were not protected under Title VII of the Civil Rights Act.

Title VII of the Civil Rights Act prohibits employment discrimination based on race, color, religion, sex and national origin. Up until now, the courts have not included sexual orientation as a protected group. This ruling expands workplace protections to include sexual orientation.

Courts Are Divided on the Issue of Discrimination for Gay Workers

While the Seventh Circuit ruling is a victory for gay rights, an appellate court in Georgia recently ruled in another case that the Civil Rights Act did not prohibit job discrimination for gay workers. Questions still remain on this issue and it is likely to go to the United States Supreme Court to be resolved.