The death of a parent  is an emotional time for any family. When sibling rivalry and infighting over the allocation of the parents’ estates surfaces, it can have devastating long-term affects on all partie 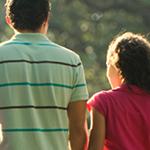 s. If disputes over inheritance cannot be resolved within the family, it may be necessary for each family member to seek assistance from an attorney specializing in probate law.

In one such case, a woman who was sued by her two brothers over the distribution of their parents’ estate and called on Attorney Steven Coren to defend her.. The parents had left approximately 1.2 million dollars in a trust to be equally divided between the three children. One of the brothers was the trustee. Also, the two brothers were left the parents’ home and a 20-acre farm.

The brothers let the Client know that they felt they had been treated unfairly and deserved to get more from the parents’ estates even though the parents had created detailed wills and trusts directing how their property would be left to the children. The brother who was the Trustee threatened to withhold the Client’s 1/3 share of the trust proceeds and keep it for his brother and himself. Attorney Coren quickly filed for a restraining order in Court and successfully obtained an order that Kerstein, Coren & Lichtenstein hold the Client’s 1/3 share in escrow until the case was resolved.

The brothers then claimed that the Client owed them $600,000 which they claimed the Client failed to pay to the parents as rent for the restaurant and then upon the parents’ deaths, was owed to the brothers. This claim was intensely litigated for 2 ½ years.

Finally, the brothers claimed that their parents were not competent to sign certain legal documents in the past. This issue was tried for three days and when it was clear that the brothers could not prove their that parents were incompetent, the case settled with the encouragement of the judge for an amount very favorable to the Client to end further litigation.

The brothers’ dispute over the inheritance has had a devastating impact on the family relationships. In this instance, the Client’s best recourse was to retain counsel to represent her interests and to resolve the matter as quickly as possible so she could move past this emotionally difficult period.

Steve Coren has 40 years of experience representing clients in probate litigation, divorce and family law issues, and personal injury cases. He is an approved mediator for the Middlesex and Norfolk Probate and Family Courts where he is appointed to mediate divorce actions and probate disputes.