Many parents are shocked to find out that the private high school they are paying a sizeable amount of tuition for has much more discretion in terms of disciplining their child than a public school. Most public high school handbooks are similar and include state law regulations; whereas private high school handbooks are often written with the specific goals, metrics and philosophies of the particular institution in mind. It is in these policies – as well as established law – that the difference between private and public schools lies.

How a student’s rights are defined matters when it comes to discipline. Ideally, a parent should research the school and read the student handbook and code of conduct prior to enrolling their child so they know how the school treats issues of conduct and behaviour.

At a public school, the student handbook will likely contain a code of conduct, which is a written statement detailing the expectations, rules, and policies that students must follow. For example, the code of conduct may state that students shall be responsible for respecting school property or that students cannot possess alcohol, drugs, tobacco, or e-cigarettes. If a student is accused of breaking a rule or policy, the school must comply with state and federal due process before disciplining a student. Due process requires that the student be notified of the alleged violation and be given the opportunity to present their side of the story at a hearing. Depending on the nature of the allegations, a student may or may not be able to bring an attorney to the hearing. Further, all public school handbooks in Massachusetts must contain the same language regarding suspensions and expulsions, and students can only be expelled for certain severe behavior (including drug and weapons violations).

Private school discipline varies from school to school, as each one is a stand-alone institution not generally regulated by state or federal law. If your child attends a private school, or you are considering sending your child to a private school, it’s important to understand how the school handles school discipline matters. Similar to public schools, private school expectations and rules will be detailed in the school’s handbook. However, students at private schools are not necessarily entitled to the same due process or other constitutional rights as public school students; they are only entitled to the process set forth in the handbook. The handbook, which is usually read and signed by students and parents at the time of admission, outlines the student’s rights. Signing the handbook can create a binding contract between the student and the school, and student discipline will be administered in accordance with the handbook. If your student is accused of violating the school’s code of conduct, he/she does not necessarily have the right to be represented by a lawyer, but it’s important to consult with an experienced education attorney to get advice. Further, private school students can be expelled for far less severe behavior than public school students. Decisions about alleged infractions and the associated consequences are usually issued quickly and without many rights of appeal, which can have a significant impact on your child’s future. 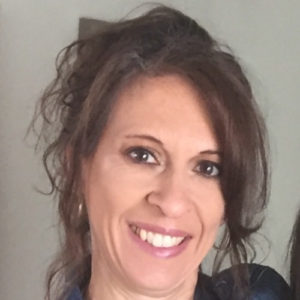 Andra J. Hutchins has over 20 years of experience representing students and families in the areas of education law, including special education, school discipline, suspensions and expulsions, bullying, and child placement. Her practice also includes domestic relations, employment law, business litigation and professional licensure matters. Andra can be reached at (781) 997-1600 or at ahutchins@kcl-law.com.