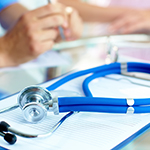 license season for all of Andrew Hyams’ clients who applied for licenses.

The Massachusetts Board of Registration in Medicine website states that due to the large volume of applications received during January – July, license applications with no legal, competency or good moral character issues can take 12 weeks to be processed.  Most applications fall into this category.  If your application is other than “plain vanilla,” with anything that you need to explain, expect a longer wait and a likely interview with the Licensing Committee.   Even a miniscule infraction – like being arrested when in high school for being in a local park after midnight – has delayed a license.  No doctor should appear before Licensing Committee without first getting legal advice from an experienced licensing attorney.

Guiding Doctors Through the Licensure Process

In one particularly difficult case, the Licensing Committee had already recommended a denial before the doctor hired Mr. Hyams.  Mr. Hyams assembled additional evidence supporting licensure, and the doctor’s license was approved unanimously by the full Board.  Other situations included guiding clients through the licensure process where they had criminal and/or substance abuse histories.

Demonstrating Remediation is Key to Overcoming the Board Objections

According to Mr. Hyams, “There are some reliable generalities in dealing with the Board – for example, if the Board detects a problem, demonstrate remediation.  But there are dozens of ways to show remediation and how it might interface with the Board’s ‘public protection’ mission.  Actually, this is often where my MPH comes in handy.  The Board is practicing its own version of evidence-based medicine, and I combine that with law, policy and the applicant’s human dimension.  Another way I can help potential clients is to tell them if denial is extremely likely no matter what we do; in that case, I’m frank that the best career decision might be to withdraw the application, cut your losses and save the legal fees.”

Andrew L. Hyams, Esq. specializes in representing physicians and other health professionals in licensing and disciplinary matters before their respective regulatory boards.  He served as the General Counsel at the Massachusetts Board of Registration in Medicine for five years.  He has also been Deputy General Counsel at the Boston Public Health Commission.   Mr. Hyams is admitted to practice in Massachusetts and New York. He can be reached at ahyams@kcl-law.com or (781) 997-1566.